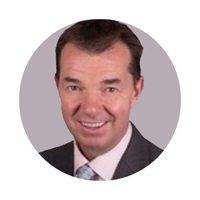 The UK pensions minister today said the early general election does not spell the end for recently introduced workplace pensions legislation, and that pension scheme trustees have the power to change the world, and should use it.

Guy Opperman made the comments in a speech delivered to delegates attending a conference held by the Association of Member-Nominated Trustees (AMNT), whose co-chair David Weeks described the session with the minister as a “humdinger”.

On the pension schemes bill, whose legislative passage has been interrupted by the vote for a general election in December, Opperman said it had cross-party support and that whatever government the election produces “in my view can and will bring [it] forward”.

“So whilst there has been a pause it does mean to say that this bill ceases to exist or that it will not continue,” he said.

The rest of the minister’s speech was mainly about “ESG” – climate change was name-checked – and pension funds’ responsibilities and power in this regard.

If pension funds’ were genuinely committed to being long-term investors, ESG “has to dominate” because otherwise there won’t be a long-term, said Opperman.

Whilst some trustees were taking action, others were not, and “sometimes we seem to be in a state of learned helplessness,” he added.

According to Opperman, “a very senior member” of the PLSA – the UK’s main pension fund association – had spoken about trustees being very limited in what they could do and the danger of spending a lot of time talking about ESG.

This, Opperman said, was “hogwash”.

“If trustees and asset owners cannot do anything, where do they think the power lies, and also, what are you doing in the job?,” he said.

“As I always say, if you want to change the world, there’s one really simple thing: look in the mirror,” Opperman told delegates.

He argued the UK government was “doing a huge amount to decarbonise” and said “it has to be asked: what are you doing?”.

He suggested trustees should fire asset managers “struggling to have an impact” – for example those who did not support climate resolutions.

“You have so much power,” the minister told delegates. “Your capacity to make a difference is immeasurable. I urge you to use it.”

Opperman then spoke about the Task Force on Climate-related Financial Disclosures (TCFD), saying that although there was a government expectation for large asset owners and listed companies to disclose in line with the TCFD’s recommendations by 2022, pension fund trustees should not wait.

His view was that TCFD-aligned reporting should be made mandatory, Opperman said. He told delegates the Department for Work and Pensions would be delivering guidance on this soon and that he wanted to “empower trustees to challenge their investment managers and ultimately deliver real change in the companies they invest in”.

A government spokesperson did not respond to queries from IPE about this guidance by the time of publication.

Delegates also heard Opperman say he wanted to see “more of a mixed economy develop in the exercise of voting rights and engagement,” encouraging trustees to sign up to the UK’s new Stewardship Code.

According to the minister, one of the Code’s principles for asset managers and asset owners “creates the expectation that asset managers will comply in aligning their stewardship and investment approaches to the trustees that have hired them, or explain why not”.

Opperman has in many ways taken up the cause of the AMNT that fund managers need to accept client voting policies in pooled fund arrangements. The association in May urged the Financial Conduct Authority (FCA) to investigate this “market failure”, and this week called on the regulator to respond positively to its complaint.

According to Opperman, the regulator was due to hold workshops with asset owners next year to hear about voting and stewardship issues from their perspective.