The Association of Member Nominated Trustees (AMNT) aspires to be a positive force and a prominent voice in the UK pensions industry today.

We believe that given the inherently complex nature of UK pensions and the increasing burden being placed on trustees, that far more support should be made available to member nominees in particular.

We are a not-for-profit organisation supporting member-nominated trustees, member-nominated directors and employee representatives of UK based pension schemes in the private and public sector (funded and unfunded).

We launched with the support of Pitmans Trustees Limited, as a result of feedback and comments from member nominees who expressed a desire to be able to liaise with other member nominees, share experiences and build a community designed specifically to cater for their unique perspective within the pensions industry. Following our initial market research an inaugural meeting was held on Friday September 3, 2010, attended by individuals representing a range of schemes including Marks & Spencer, Telent, ICI, Atkins, Aegon, Coats, United Technologies Corporation, Kasbank, Clariant, Heygate and LBBD. Since then the association has won universal support, including in the pensions media and among the pensions’ trade bodies: momentum continues to build.

Access to the pension industry's training events and resources

Opportunity to share concerns and discuss best practices with other MNTs

Keep up to date with all the latest pension related events

A Member Nominated Trustee is a responsible role that encourages a diverse and different perspective for ensuring the 'pension scheme members voice' is heard and your understanding of how to achieve this will be enhanced by joining the AMNT".

I helped to setup the AMNT because voices of ordinary member-nominated trustees were not being heard. Our aim as a committee is to provide a platform so that MNTs have the knowledge and exposure to industry insight and events. 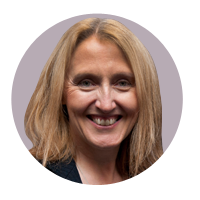