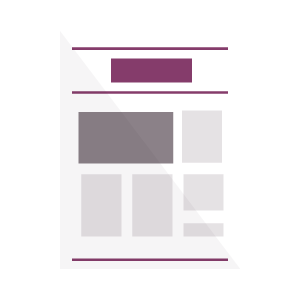 Labour Shadow Pension Minister, Jack Dromey, has said having a member-nominated trustee (MNT) on all pension boards is “of the highest importance”.

Speaking at the Association of Member Nominated Trustees (AMNT) Summer Conference last week (5 July), Dromey said that a Labour government would push for stronger member representation, in a time of “increasing regulatory focus on professionalism”.

The Shadow Minister’s comments came after The Pensions Regulator (TPR) last week (2 July) launched a consultation on how to reduce the number of badly run schemes and improve the trustee model, including whether a professional trustee should sit on every board.

“Whilst it’s important that the voice of the sponsor is heard, crucially, ultimately pension schemes should be to the benefit of their members, therefore the role of member-nominated trustees is of the highest importance,” Dromey said.

“Going forward, one of the things we are determined to drive is for that voice to become yet stronger. If the regulator is moving down perhaps a slightly different path, then that is not a path I would agree with.”

Dromey accepted that the regulator should have concerns over trustee standards and scheme governance but added that MNTs should be trained beyond the TPR’s basic requirements and endorsed creating a ‘trustee federation’ to ensure they have enough time off work to complete trustee duties.

However, TPR’s proposals do not go as far as Dromey’s recommendations, instead looking at how barriers to consolidation can be removed and whether it should be a legal requirement for a trustee to have minimum standards of knowledge.

He added: “I do not accept for one moment that you cannot construct an arrangement that has member-nominated trustees at its core. Similarly, any future sector-based collective defined contribution should also aim for at least half of the board to consist of scheme members.

“Regarding upskilling, member-nominated trustees should be trained beyond TPR’s basic requirements in a fiduciary college within a university or have a trustee federation, which would help ensure that trustees get the required time off from their day jobs to enable them to fulfil their duties.”

Also speaking a the conference, Department for Work and Pensions senior policy member, David Farrar, said that the department is “really supportive” of MNTs, adding that they are open to lobbying on making MNTs an obligation on master trusts.