HomeNew at AMNT How does the rest of the world see us?

How does the rest of the world see us? 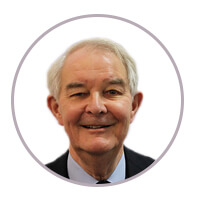 The Association of Member Nominated Trustees (AMNT) represented the UK at two major international conferences last month. The European Pensions and Investments Summit 2019 was in Montreux; the eighth annual World Pensions Forum was in Brussels. As usual at conferences, impressions come from both the formal sessions and also from talks in the margins of the main agenda.

One theme in particular that was positive stood out across all nations represented. It is the inexorable rise of ESG factors in pension scheme governance. A second more negative theme also  emerged, unannounced and unplanned. That was the gloomy assessment that was widely expressed of the UK's likely outcome from a no-deal Brexit.

The support for ESG involves all of the underlying environmental, social and governance factors. These three elements have different levels of resonance with different audiences. Together, ESG is not a category. It is a mind-set. In recent years it has moved steadily, in phases, from a minority sport into a mainstream activity. First, there were prophets in the wilderness who brought issues to public attention. Then regulators took up the messages, with a combination of guidance and then instruction on how these should be handled. Most recently, consultants and fund managers have discovered the marketing potential of an approach that is gaining increased currency. We are now embarking on the next phase, when we scrutinise and evaluate more closely the approaches that are put forward. The dangers loom of ‘greenwashing': that existing practices will simply be dressed up in ESG clothing. After these phases, the next step will probably come when lawyers spy a new field where pickings can be made.

Some of the titles for sessions at the two conferences highlight how thinking is developing. One was: ‘Unlocking the full potential of ESG to add value to the pensions portfolio'. Another was ‘Socially responsible investing: exploring the profitability and outperformance of sustainably managed companies over their peers with less ESG focus'. ‘Responsible investing: excellence in practice: the ESG game changer' proclaimed a third.

Methods by which progress will be made were addressed. ‘Challenges with ESG and active ownership: Leadership; prioritisation; data quality and quantity' was one theme. Millennials will engage more enthusiastically with investment in pensions that support sound ESG impacts.

Practicalities received attention. One example was ‘ESG criteria and private equity: challenges and opportunities for pension schemes'. How do you integrate, and then implement, socially responsible investing? There are three phases: screen, integrate, and engage. Proxy voting enables asset owners to play their roles in this. Some sample ESG screens might include weaponry, human rights, labour, environment, governance, and tobacco. ESG scoring needs attention in benchmarking tools such as MSCI. ESG could be one of the criteria that are listed in a factor investing strategy. Some topical themes might include sexual misconduct, transparent tax policy, and stewardship in asset ownership.

The UK handling of Brexit, by contrast, attracted melancholy. The context of the conference was ‘The age of uncertainty: managing risk in a geopolitical recession'. Delegates compared geopolitical modelling of Brexit to the frog in the water that is heating to boiling point. The UK is not grasping until too late what are the downsides to Brexit. Brexit is bad for the UK economy. We in the UK underestimate that damage.

Opinion in the UK may be that Brexit is small in the international league table of threat, compared with, say, the prospect of a trade war between the US and China. Conference opinion, however, was widespread that Brexit is the biggest risk that the UK faces. I found general surprise that the UK is so sanguine. The conference delegates provided a useful counterweight to President Trump's advice to the UK.

The two conferences together give a useful perspective on how others see us. The AMNT was pleased to represent the UK occupational pensions sector.